King County Raises Employee Engagement scores by 33% in One Year

King County, Washington is the 13th largest government in the United States, with more than 14,000 employees. Thirty of those employees serve in the Office of Risk Management Services; an internal service agency that purchases insurance, and investigates and resolves claims against King County.

In 2015, the Office of Risk Management Services scored 66% on a countywide employee engagement survey, which disappointed Director Jennifer Hills. “What I realized was that we really needed to invest in becoming a more cohesive team,” Jennifer said. “We were an agency of strong individual performers but we really needed to come together as a team and start to build trust and have healthy conflict and have commitment around our goals and hold one another accountable to achieve the results that we were looking to achieve.” 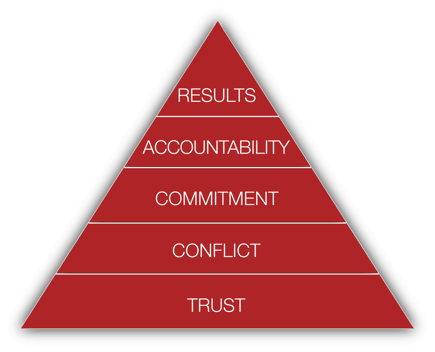 Beginning the Journey To a Better Team

To begin developing a stronger team with higher engagement, the Office of Risk Management Services scheduled an all-day facilitated retreat. The leadership team committed to using The Five Behaviors of a Cohesive Team to build trust, master conflict, achieve commitment, embrace accountability, and focus on results.

The office’s team members began by taking the Five Behaviors of a Cohesive Team Assessment. The 20-minute online survey includes questions to determine DiSC personality styles as well as how well the team is doing on the five behaviors and how they might improve. The team’s assessment resulted in low scores on all five behaviors – not an atypical outcome.

The team met for its retreat in March of 2016 to dig into the results and create action plans for improving on the Five Behaviors. Recognizing the importance of vulnerability-based trust, the team spent a large portion of their time together building that foundation. The team started opening up with a personal histories exercise that asked each member to share a bit about their childhood. As is often the case, members learned something about each other. “We had people in that room who have worked together for 20 years who didn’t know very basic things about one another,” said Chauntelle Hellner, Finance and Administrative Service Manager. 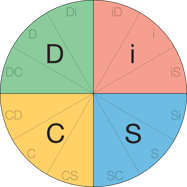 Throughout the session, the team turned to Everything DiSC to build a greater understanding of individual working styles. The group’s styles were pretty diverse, making it a rich discussion for participants that continues to this day. “We have come together since The Five Behaviors and pulled DiSC comparison reports,” Chauntelle said. “We started talking about getting to know each other on a personal level, which is not something we had really done before. We felt a lot of value came from that and people are more willing to collaborate and share what they’re doing on a daily basis without feeling threatened.”

The Office of Risk Management Services’ team also took some time during its retreat to dive into the next level up on the Five Behaviors pyramid – productive conflict. In addition to discussing healthy and unhealthy behaviors that individuals may display during conflict, the team talked about acceptable and unacceptable conflict behaviors for their staff meetings. “We came up with some meeting ground rules at our retreat,” said Jennifer. “I feel like people are more willing now to talk about the difficult issues in the meeting rather than the pre-meeting or the post-meeting.”

Since last March, the team has continued to work on its own to build even more trust. Sometimes that’s meant reformatting the content of team meetings or throwing ideas out to the group and welcoming feedback. Other times it has meant scheduling time together to keep building a base of trust. “We were really all business before and didn’t really interject a lot of fun in the workplace,” Jennifer said. “We learned from our staff retreat that people really want to get to know each other personally. The DiSC profiles and the work we’re doing with Integris really showed us how different it is to have those personal relationships.”

The team’s dedication to becoming more cohesive was reflected in its 2016 employee engagement survey results. Overall, the Office of Risk Management Service’s score rose from 66% in 2015 to 84% in 2016. Jennifer shared a few key responses:

Building trust and other more cohesive behaviors takes time and effort. But with the dedication of the Office of Risk Management Services’ team, they have made significant progress in only a year.The last survey item about sharing ideas for how to improve the work is key to King County’s Office of Risk Management Services. The County has undertaken a comprehensive Lean effort to achieve Executive Dow Constantine’s vision of becoming the best-run government in the nation. Jennifer and her leadership team have felt the impact of more cohesive team behaviors in setting the stage for improving processes. “Building a more cohesive team prepared us to take on continuous improvement,” Jennifer said.

“It was a simple concept but the impact on our team has been really huge,” said Chauntelle. “In the last six months, I can’t think of one time that somebody has come back to my office to complain about their coworker. I think that is reflective of both the fact that there are fewer issues and that people are more willing to talk to one another about their issues and empathize with each other.”

Gwen Voelpel has 20 years of experience in coaching and mentoring leaders at all levels of organizations. She has an undergraduate degree in communications, a graduate degree in public administration, and has served as an executive leader in several organizations. Gwen is an accredited Five Behaviors of a Cohesive Team and Everything DiSC Workplace Facilitator and a Certified Master in Training for The Leadership Challenge.
Posted in Building Effective Workplace Relationships, Communication, Employee Engagement, Government, Improving Team Performance, The Five Behaviors of a Cohesive Team™ 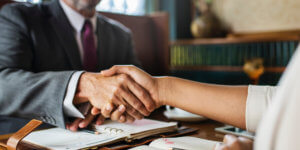 Teamwork as the Foundation of an Organization